Cendrawasih means Bird of Paradise, a beautiful bird that only exists in Papua Indonesia. 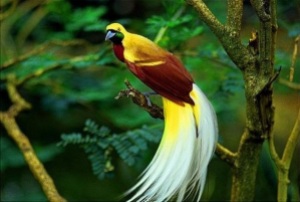 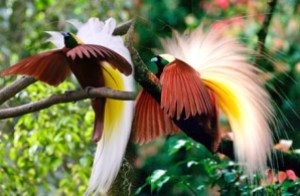 Cendrawasih Bay is the largest national park in Indonesian waters. In this area there is a wealth of marine life is very impressive. CBNP has become representative of coral reefs, beaches, mangroves and tropical forests in Papua. This is a place that can be a good reason for you to extend the tour schedule while in Papua.

Cendrawasih Bay is a bay surrounded by several islands, among which is the island of Biak, Yapen Island and the mainland of Papua. Administratively, the area is in two districts, namely Wondama Bay, West Papua Province and Nabire, Papua province.The location is at the edge of the Pacific Ocean and is an area of continental plates making the very rich flora and fauna. This national park has 14 species of protected flora and largely dominated by casuarina trees.

This area includes 18 islands with a long coastline of about 500 kilometers. The entire area of the marine reserve a habitat for many species of birds and marine animals, such as giant clams, turtles, sharks, turtles, dolphins, and dugongs.

Cendrawasih Bay National Park was established in 1993 with an area of approximately 1,453,500 acres extending from the eastern peninsula Kwatisore until Rumberpon Island. CBNP region covers an area of approximately 89.8% with a sea of coral reefs approximately 5.5%, mainland islands around 3.8%, as well as inland and coastal beaches are only about 0.9%. You do not have to roam all to enjoy the beauty of Cendrawasih Bay but just need to go to a few places which are: Yoop Island, Nusrowi Island, Island Mioswaar, Numfor, and Rumberpon Island. 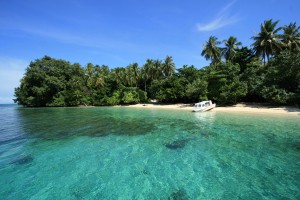 Is very impressive what lies under the sea where the percentage of live coral reached 65.64% or if totalized takes an area of 70,000 hectares. Here there are about 36 species of birds, 196 species of molluscs, 209 species of fish, as well as whales and dolphins. This area became home to four species of sea turtles are protected, the hawksbill turtle (Eretmochelys imbricata), green turtle (Chelonia mydas), Lekang turtle (Lepidochelys olivaceae), and leatherback turtle (Dermochelys coriacea). 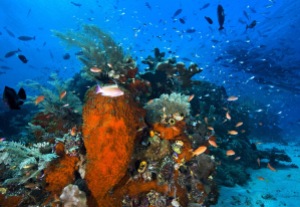 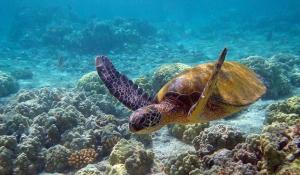 Cendrawasih Bay National Park has become a haven for lovers of nautical tourism and international submarine. In addition, this region also has a cruising tourist cave in the island Mioswaar, and a source of hot water containing sulfur. In this cave also contained the framework of tribal ancestors Wandau very guarded existence and believed to be the first man who came to this island. It is also contained in Numfor where there are human skulls, antique plates and carved chests, which is very high historical and cultural value.

Diving and exploring the beauty of the underwater and found nemo and beautiful coral reefs have become commonplace. What if this time you adventure to swim with sharks, swim with the biggest fish in this earth? Dare? Come on!

Giant seas are still descendants of this great white shark may look terrible, but in contrast with the nature of the malignant white shark, in fact hospitality Whale Sharks make Indonesia as one of the owners of the amazing marine tourism in the world.

Cendrawasih Bay is the largest marine protected area in Indonesia as well as a research center of the whale shark (Rhincodon typus) in the world. Observations of whale sharks in Kwatisore been used as the location of research. Here whale sharks often come to the surface and used to interaction with fishermen. Generally they appear around Bagan (floating houses, where to fish) which are found in the waters along Kwatisore. 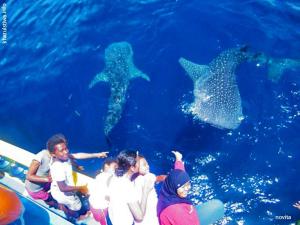 This giant fish is very tame and has a length can reach 20 meters and weigh 21 tons but only eat a small anchovy (puri fish) and the plankton. These whale sharks can be invoked by throwing puri fish (anchovy) into the sea then this beautiful animal will pop up to the surface of the water. Do not be surprised, many divers while snorkeling or diving swim so close to these animals. However, whatever your admiration at this beautiful animal, do not touch it.

Whale sharks have uniqueness of the way of eating. The mouth of a whale shark will gaping, wide mouth can enter up to 4 people and do not have sharp teeth, just fine teeth that are in it. Whale sharks feed on plankton and other small fish with sea water pump it together. Tourists can interact directly with the whale sharks to swim with them; you can also interact by giving their favorite foods, puri fish (anchovy).

Some diving operators there have provisions for the diver or swimmer who wants to interact more closely with the whale sharks feed. You can buy anchovy on local fishermen. Choose the right dive operators to suit your needs. The operator will arrange all your needs during the stay days on board. They will also lead to many diving spots, arrange fixtures, checking the flow, waiting and guide you during the dives of up to serve the needs of the food.

Things to do in Cendrawasih Bay

This entry was posted in Vacation Places and tagged Cendrawasih Bay National Park, traveling to indonesia, visit to indonesia. Bookmark the permalink.