Mount Rinjani is a large and majestic volcano towering on the island of Lombok. Climb the peak of Mt Rinjani can be an uplifting experience that you can feel. At 3,726 m, Mount Rinjani is the second highest mountain in Indonesia. Climbing Mount Rinjani is not easy but worth it if you’ve got to the top and enjoy one of the most beautiful scenery awesome. 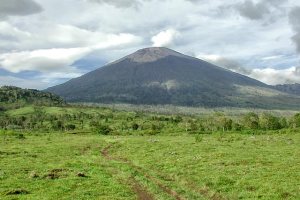 This mountain is part of the ‘ring of fire’ well-known and plays an important role in the local community aspect of the spiritual life. It is thought that the name Rinjani comes from the Old Javanese term is ‘God’. 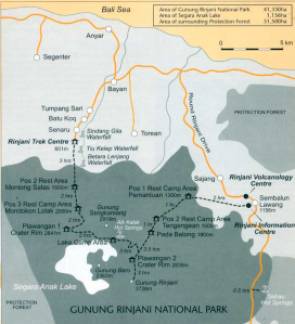 Around the slopes of Mount Rinjani there are dense forests and waterfalls surrounded by magnificent scenery. In the mountain region there is a crescent-shaped lake called Lake Segara Anak. This Sulfur Lake located 600 m below the slopes of the crater. Segara Anak is a spiritual place. Balinese people come here every year and hold a ceremony called pekelan where jewelry is placed in the lake as an offering to the spirits of the mountain. Telu Wetu community also considers the lake as a sacred place and they come here to pray on full moon nights. 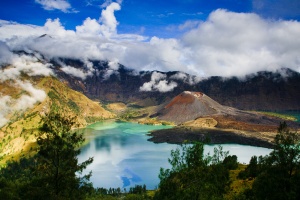 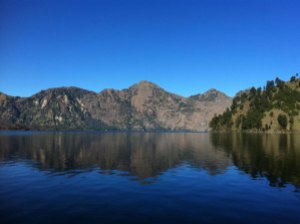 Mt Rinjani lies at Mount Rinjani National Park. Park with an area of 41,330 hectares and in which there is a transition zone Wallace’s line. This is where the tropical flora and fauna of Southeast Asia meet with Australian flora and fauna. National Park was established in 1997 and is one of 40 national parks in Indonesia.

Nothing is more challenging in addition to climb the volcano is still active. Climbing Mount Rinjani is a test of guts, but your struggle will be rewarded with spectacular views of the volcano, sulfur lakes, waterfalls, and other interesting sights along the way. And there are many natural wonders that exist in the National Park that is ready to be explored. Do not miss to explore the remote caves. There are 3 famous caves there is Cave Milk, Umbrella Cave and Cave Manik. Caves Milk is a good place to reflect on themselves and are often used to meditate. 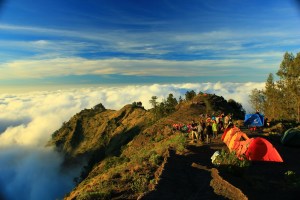 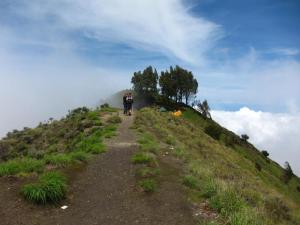 Refresh your body in the hot springs which are believed to cure the disease. The flow of hot springs called white crowing is the perfect place to rest your weary body. Local people believe that the hot springs have the power to heal. Water is collected from here and mixed with herbs to make medicinal oil called Siu Satus Tunggal or in Bayan language Siu Satunggal which means to cure a thousand kinds of diseases.

Edelweiss or also called perennial flower is a plant that is rare and precious. You can not bring or picking Edelweiss from the park. Edelweiss is considered local community is part of the mysteries of the kingdom of the spirit world. In ancient times, someone who wanted this flower must be brave enough to fight and risking his life. Therefore, this flower is also called buffer of lives.

Things to do in Rinjani 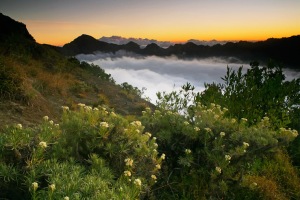 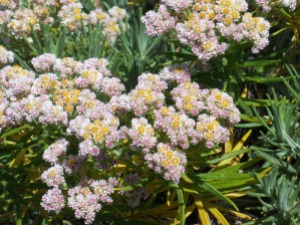 How to get to mount rinjani?

To climb the mountain, you need good boots for climbing. When you get on the slopes of the crater, it’s cold and windy, so bring warm clothing. A guide is needed as a guide, because climb alone is not recommended. Do not come in the rainy season because the track is definitely slick and feared happened dangerous rock slide. Better bring own sleeping bag, but if you do not have, you can rent it. Tents and other trekking equipment can also be hired. For tourists, the Rinjani trek that lasted for 3 days include trekking from Senaru to the slopes of the crater, down the Crater Lake and continues to Sembalun Lawang is considered as one of the best adventure spot in Southeast Asia. The true trekkers usually go on to the summit of the volcano. These volcanoes can also be reached from Sembalun Lawang and spent 4 days ended in Senaru. 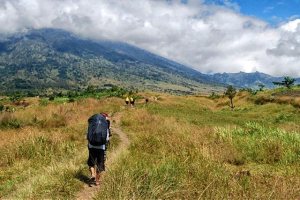 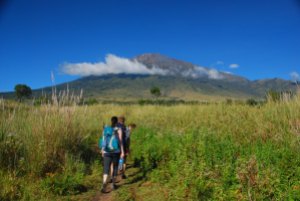 On the slopes of Mount Rinjani also contained Tetebatu village which has views of rice paddies and tobacco plantations which stretches green and soothing eye. A tour guide can take you to the Park Tetabu (Monkey Forest) where you will find black monkeys and spectacular waterfalls.

Tour guides service in Mount Rinjani that we recommend to you:

This entry was posted in Vacation Places and tagged Mount Rinjani, traveling to indonesia, visit to indonesia. Bookmark the permalink.